Read my honest Review on India Vs Pakistan T20 World Cup 2021. I have shared the story of both cricket team side. Who was better on that day, Lets find it out.

Have you seen India vs Pakistan cricket match, this is no ordinary match because this game changed the mystery of winning in the ICC t20 world cup. Pakistan beat India by 10 wicket. Before this match, Pakistan never wins in a cricket match against India. but the 24oct2020 match changes all-time history where the Pakistan team makes a wonderful winning in the cricket era.

Cricket is a game of destiny and team effort. 24 Oct 2020 (ICCt20) match the wicket-taker bowler shaheen Afridi full-on power and make pressure on the Indian team. bowled well and out 3 batsmen. become a man of the match.

The captain makes the biggest role in this match India captain(Virat Kohli) and Pakistan captain(Babar Azam) make the full effort to earn run for his team. where both captains make their good score on run doing 50+ runs.

India and Pakistan match bowling is most challenging because the pressure on players is too high. during this match, Pakistani bowlers succeed in taking wickets. Shaheen Afridi takes the most wicket in their team. the Indian bowling department is too loose in this match they didn’t take any wicket of 20 over match.

In this match, Pakistan captain Babar Azam won the toss and elected to bowl first. the decision is good according to pitch behavior. only a few Indian batsmen played well and score 20+. they didn’t judge the Pakistan bowler and played unwanted shots to become in catch and out. all batsmen of India make only 150 runs in 20 overs. turn on next spells when Pakistani batsman coming for batting Mohammad Rizwan and Babar Azam played well and show some classical shot and taking no pressure because they know the score is not big they need to save the wicket. This is also history without losing any batsman Pakistan win the match. 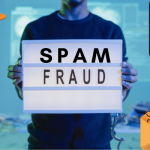